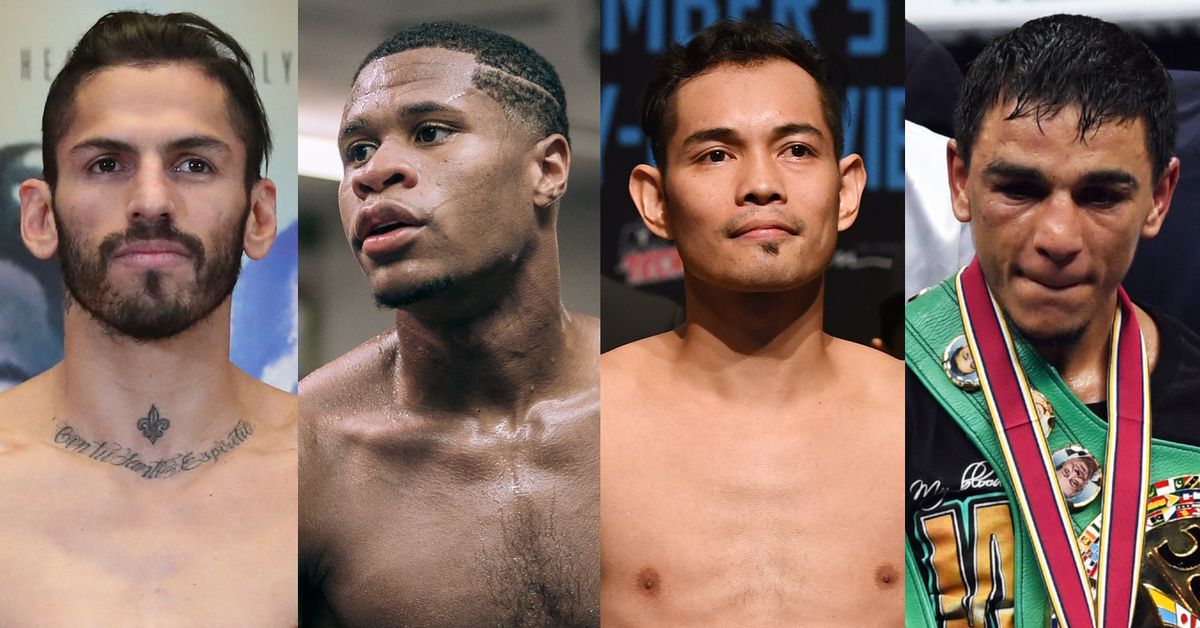 Fightzone (UK), TBA, Kash Ali vs Tomas Salek. You may remember Kash Ali from “had a freakout and bit David Price near the titty.” His career has gone magnificently since, as he’s won three fights — his best a 58-57 points win over Kamil Sokolowski, who often deserves wins in fights scored like that in the UK — and now he’s got this one. Salek is an empty 15-2 but it’s 15-2, so it might be the biggest win of Ali’s career if he gets it. I’d tell you the start time but Fightzone still doesn’t actually give that information on their site. Or maybe they do if I poke around enough but this is a fight in a car park that eight people care about so whatever. I’ve alerted you to its existence, find it if you wish.

Estrella TV, 10:00 pm ET, Carlos Canizales vs Esteban Bermudez. Canizales is a secondary WBA titlist at 108 lbs, but more important is that he’s a legit top five or so fighter in the division. Bermudez doesn’t figure to be a test, in all honesty, but Canizales hasn’t fought in two years, either, and the lil’ guy divisions can be really volatile. Belmar Preciado faces David Carmona in the co-feature at 122.

DAZN, 8:00 pm ET, Devin Haney vs Jorge Linares. Haney defends his WBC lightweight title against undoubtedly the best opponent of his career to date in Linares, who may (or may not!) be past his prime but is a terrifically skilled fighter, and has proven plenty capable of success at 135, winning a world title. That puts him well above, say, Yuriorkis Gamboa, who was definitely past his prime and while once also a terrifically skilled fighter, has never proven to be very good at 135. The undercard for this one isn’t exactly a huge draw; Chantelle Cameron defends her WBC 140 lb title against Melissa Hernandez, who was once upon a time very good. About a decade ago. At featherweight. She’s 41 now and has had a grand total of one fight since 2016. There’s also a Golden Boy loaner matchup between Jason Quigley and Shane Mosley Jr, plus an IBF eliminator at 130 between Martin J. Ward and Azinga Fuzile, which may be a good fight. It’s well-matched, at least. BLH will have live coverage.

SHO, 10:00 pm ET, Nordine Oubaali vs Nonito Donaire. Like Haney-Linares, this is a really good main event, and the good news is that with the staggered start times and the fact that there are two undercard fights on this show, everyone should be able to see both main events live. Well, not me, because I’ll be covering the Showtime card including the undercard, so, y’know. But for those of you who don’t have to watch an entire card, that’s great news! Oubaali is defending his WBC bantamweight title. A win here and he fully establishes himself as a true top-tier guy and pretty clearly the best possible fight for Naoya Inoue at 118, and there’s some history to work from there, too, as Oubaali has a solid win over Naoya’s brother, Takuma. Donaire is 38 and hasn’t fought since his epic war with the aforementioned Inoue in Nov. 2019; that’s a long break at this age, but he’s been a great fighter over his career, and as we learned last time, you absolutely still have to take him seriously at this weight. The co-feature is a semifinal eliminator at 140 between Subriel Matias and Batyrzhan Jukembayev, with Gary Antuanne Russell opening the card against Jovanie Santiago. BLH will have live coverage.