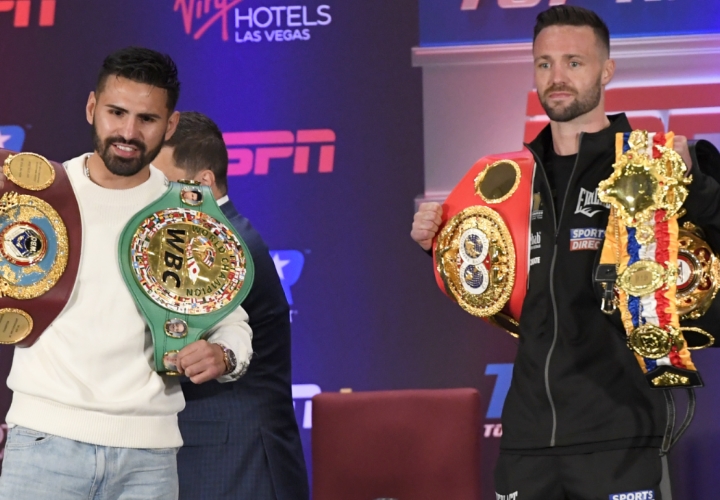 The Scottish southpaw doesn’t think he needs to win by knockout, either, even though three American judges were assigned to score his 12-round, 140-pound title unification fight against Jose Ramirez. Taylor expects to dominate Ramirez, so thoroughly that judges Tim Cheatham, Dave Moretti and Steve Weisfeld will have little choice but to score him a wide winner on their cards.

Cheatham, Moretti and Weisfeld were the judges for Ramirez’s most recent fight as well. Moretti scored his 12-rounder versus Viktor Postol a draw (114-114), but Ramirez won a majority decision because Cheatham scored seven rounds for him (115-113) and Weisfeld credited Ramirez for winning eight rounds (116-112).

The COVID-restricted crowd, limited to slightly more than 1,000 inside The Theater at Virgin Hotels Las Vegas, figures to be decidedly pro-Ramirez. Crowds can sway even the most consistent, experienced judges, particularly at a small venue, yet Taylor isn’t concerned about not receiving his just due on the scorecards.

“I really don’t care where he’s from or who the fans are for,” Taylor said. “All I know is I’m gonna win this fight. All I know is this fight is mine, and I’m coming to take what I’ve trained for my whole life. So, I couldn’t care [less] if there was a hundred thousand people there and they were all cheering for him. It really wouldn’t faze me at all.”

The 30-year-old Taylor has fought three times in the United States, but only one of those developmental bouts went the distance. The unbeaten IBF/WBA champion won an eight-round unanimous decision over Tucson’s Alfonso Olvera (then 8-2-1) in January 2017 at MGM Grand Garden Arena in Las Vegas.

Taylor (17-0, 13 KOs) is consistently listed as more than a 2-1 favorite over Ramirez (26-0, 17 KOs), an Avenal, California, native who owns the WBC and WBO belts. ESPN will televise Taylor-Ramirez as the main event of a tripleheader set to start at 8 p.m. EDT.