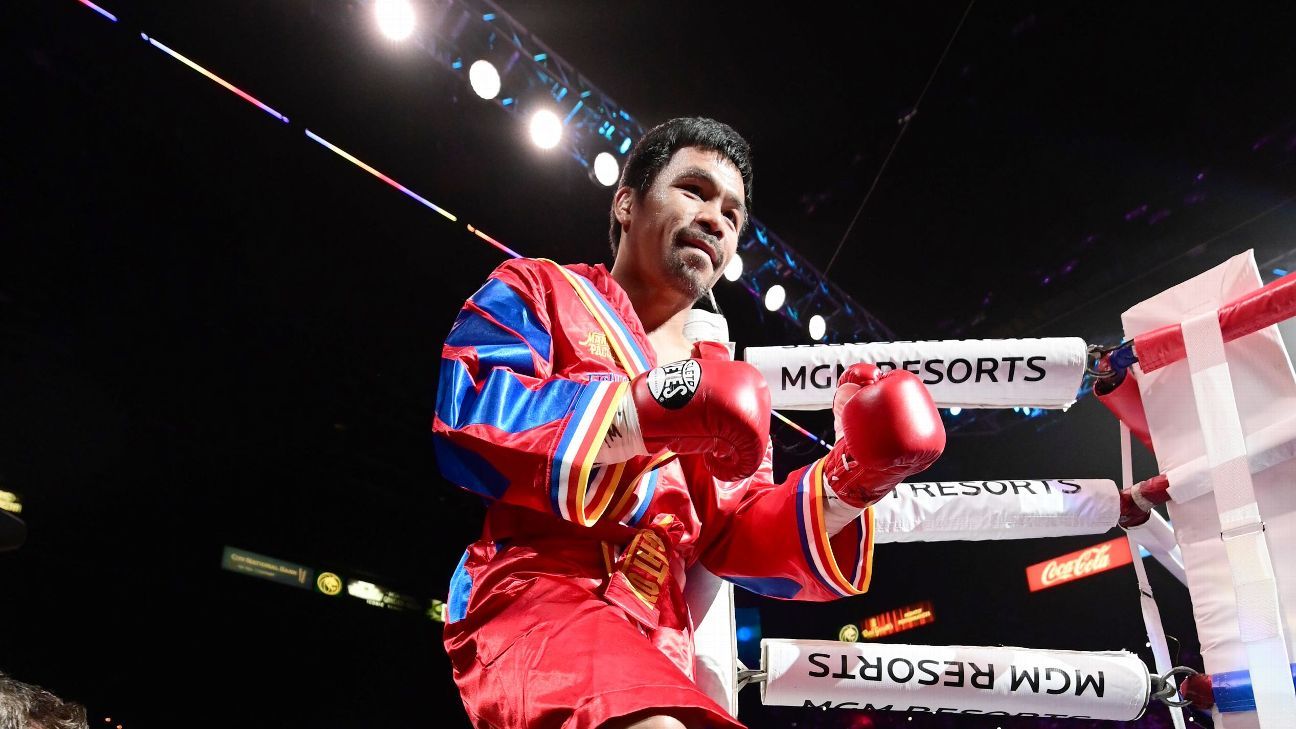 Manny Pacquaio and Errol Spence Jr. made headlines on Friday when they announced one of the biggest fights in recent years.

Pacquiao hasn’t fought since 2019, when he beat Keith Thurman to retain the WBA welterweight belt he later vacated. Spence is looking to build on his case as one of boxing’s best pound-for-pound fighters and could be in line for the biggest payday of his undefeated career.

Here are the big questions surrounding the upcoming bout between both men.

Why make this fight now?

It makes a ton of sense for both fighters. Pacquiao is looking for another victory to cement his legacy as one of the greatest fighters of all time. The biggest blemish on his ledger is a 2015 loss to Floyd Mayweather in a bout between two of the best boxers of the century.

For Spence, the logic is even simpler. This is the type of fight that will further boost his name recognition among casual sports fans and give him a further foothold as one of boxing’s best pound-for-pound fighters.

Of course. But it won’t be easy. Spence looked like he hadn’t lost a step after a serious car crash in 2019 when he outpointed Danny Garcia, and he is in the discussion, alongside fellow world titlist Terence Crawford, as the best welterweight in the world (more on Crawford later).

Pacquiao, after a lull in his career following losses to Mayweather and Jeff Horn, is back in the mix among the top 147-pounders. However, he’s going to need a throwback performance to beat Spence.

Is this the right fight for Spence?

Financially? Yes. Spence will likely earn the biggest check of his life and will get a big career boost from a potential victory over Pacquiao. However, when it comes to his overall legacy, it will always be missing a big piece if he never faces Crawford. That will always be the fight people will want, even if Spence beats Pacquiao and even positions himself to move up in weight and fight Canelo Alvarez in the coming years.

What about Crawford? What should be next for him?

How about the winner? Crawford should continue to pursue someone such as Shawn Porter, a former champion who will increase his marketability and bargaining power if and when the world ever gets the Crawford-Spence showdown that has been discussed for years.

Perhaps a career strategy could get easier if he leaves Top Rank for Premier Boxing Champions when his deal with Top Rank expires this year. Then again, he could still run into some of the same issues with getting higher profile fighters into the ring to face him, which has hampered his reign as a welterweight champion.