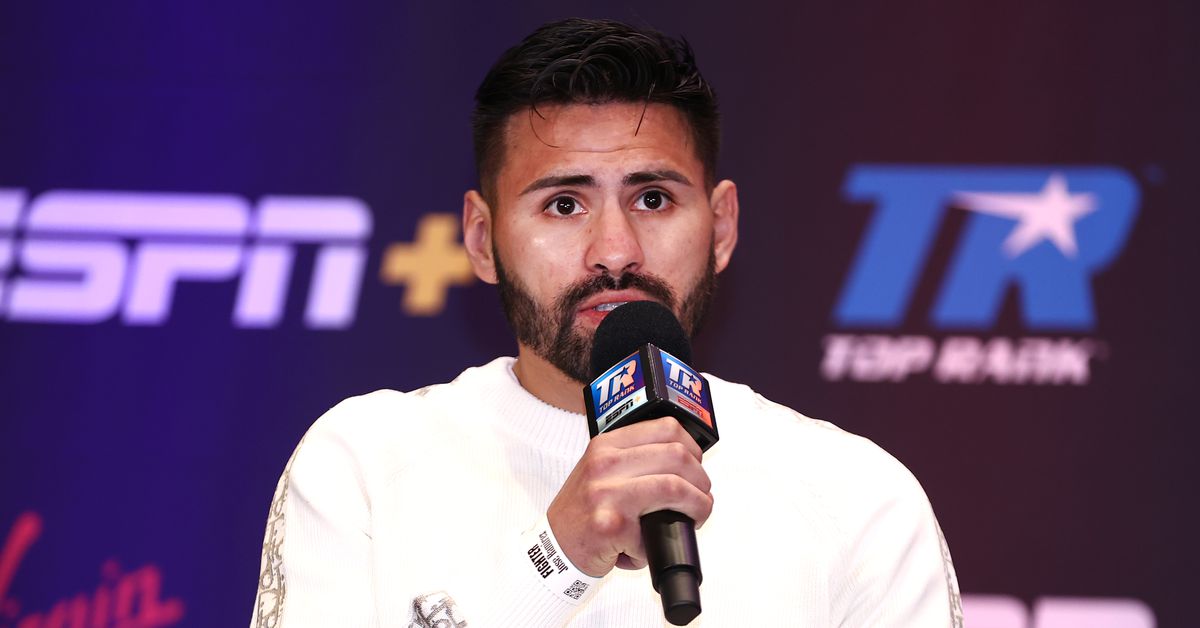 This Saturday night on ESPN features a junior welterweight showdown between unified titleholders Jose Ramirez (26-0, 17 KOs ) and Josh Taylor (17-0, 13 KOs) where they will fight to be crowned the undisputed champion at 140. And while both Ramirez and Taylor have expressed some mutual respect for the skill level of one another, Ramirez tells RingTV he still believes Taylor will be in for a shock once the first bell rings.

“Josh Taylor is going to see a father and a man who is very disciplined and will feel the vibe that I’m here to do my job, and a man who is fearless and willing to work harder than anybody.

“I have nothing negative to say about Josh Taylor. He’s a good fighter and a good man, and I’ll say it again, people don’t realize how good I am until they’re in front of me. They don’t realize how strong and determined I am.”

Ramirez continued by saying how the waiting part leading into the fight is always the toughest part for him, saying he can’t wait for the action to kick off. According to Ramirez, nobody knows how badly he wants to win this fight for his legacy but that he won’t be heading into the bout with any anxiety, but rather with a calm and focused disposition.

So if there’s any doubt that Ramirez plans on bringing his best into the ring Saturday night, you can’t forget all about that as Ramirez insists he approaches every single training session and fight with all the desire and will he can muster, and will be looking to demonstrate exactly that tomorrow night.