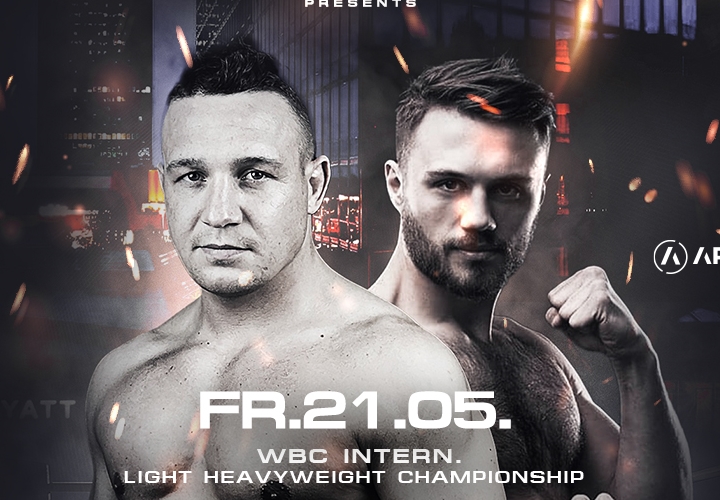 This Friday evening Petko’s Boxing Promotion is proud to deliver a potentially enthralling night of action from the Hyatt Regency Hotel, situated in the Serbian capital of Belgrade.

Headlining the evening’s entertainment will be Berlin’s Nick Hannig (9-0-1) defending his WBC International title against Ralfs Vilcans (11-0) of Riga, Latvia. Hannig’s most notable victories come in the form of Canadian Ryan Ford and two fights with South African, Ryno Liebenberg. Vilcans makes his first appearance outside of his native Latvia, jumping into the biggest fight of his career to date.

WIBF, GBU and WBC Interim titles are all on the line in the female minimumweight division. Germany’s Sarah Bormann (12-0) goes toe-to-toe with Spain’s Catalina Diaz (6-4) over 10 rounds. Bormann who previously held world titles in the light flyweight division will be looking to become a two-division champion against the former European champion in Diaz.

Promising German/Serbian heavyweight Emir Ahmatovic (9-0) looks to continue his impressive start to the paid ranks. The hard hitting Ahmatovic will face-off against Gabriel Enguema (10-10) over ten rounds for the GBU Heavyweight title.

Super middleweight Karwan Al Bewani (8-0) fights the seasoned Patrick Mendy (18-17-3) over ten rounds for the GBU and vacant WBF belts. Mendy took the scalp of Russian Dmitry Chudinov in 2018 and also lost a majority decision against Ricards Bolotniks in 2019.

Light heavyweight action will prop up the evening’s headline fights with Luca Antonio Cinqueoncie (12-0) stepping in the ring against Hungarian, Kristof Kovacs (8-2-1).

The event is available on Bild+ in Germany, Austria and Switzerland. You can also watch it Worldwide on Fite.