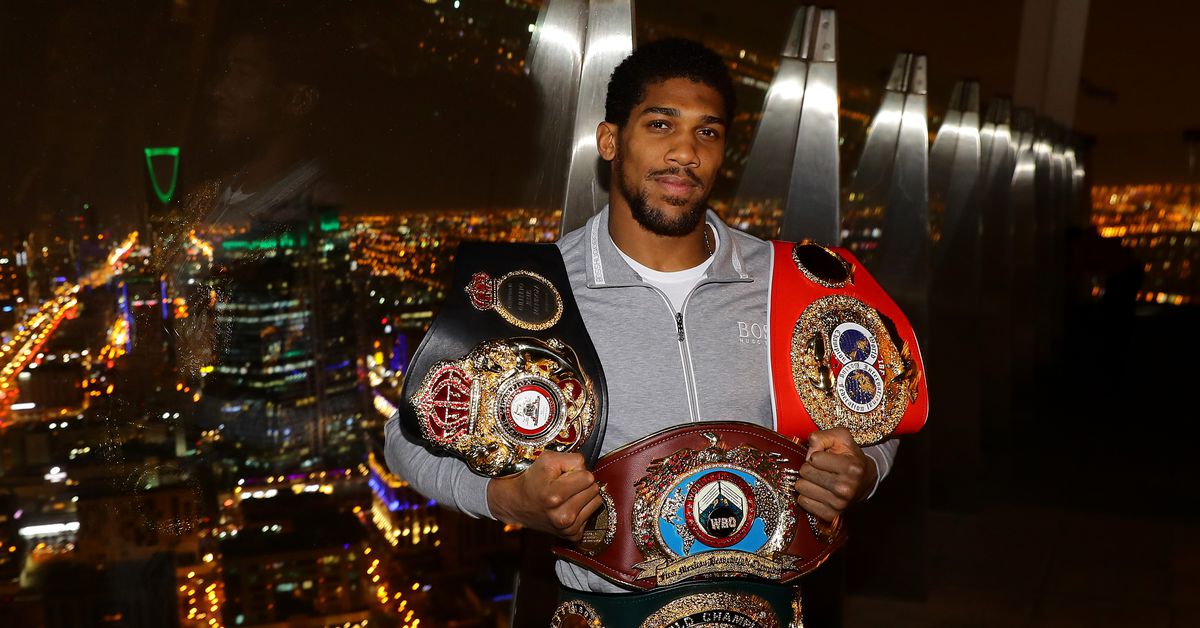 As a recent ruling by an arbitration judge — ordering an immediate third fight between Deontay Wilder vs Tyson Fury — continues to make shock waves throughout the sport, the next domino to fall has been the WBO giving Anthony Joshua a 48 hour window to ‘show cause’ as to why they should immediately order Joshua enter negotiations with Oleksandr Usyk regarding his mandatory title defense.

The WBO had previously ruled Usyk to face Joe Joyce for an interim title in an effort to ‘keep the division active’ but if Joshua won’t be unifying against Tyson Fury then they see no reason as to why Usyk should just go straight past go to his heavyweight world title shot.

In all reality, this makes perfect sense because if Joshua isn’t facing Fury, he might as well go ahead and give Usyk his shot, but it also doesn’t give Joshua all that much time to figure out how Tyson Fury plans to go forward.

Recent reports suggest Joshua’s team is still holding out at least some hope that an undisputed heavyweight title unification could come together, but with Arum openly stating that he doesn’t plan to pay Wilder step aside money then it’s hard to see how this comes off at this point.

Hitchins vs. Alamo, Ford vs. Lukas Added To Love-Spark Card
Charlo: Who has Crawford ever fought? Lubin would KO him
Eubank: We’ve Never Seen Conor Benn Get Hurt; Will He Be Able To Come Through That?
Photos: Luis Nery, David Carmona – Set For Battle in Tijuana
Edwards to defend flyweight title vs. Alvarado