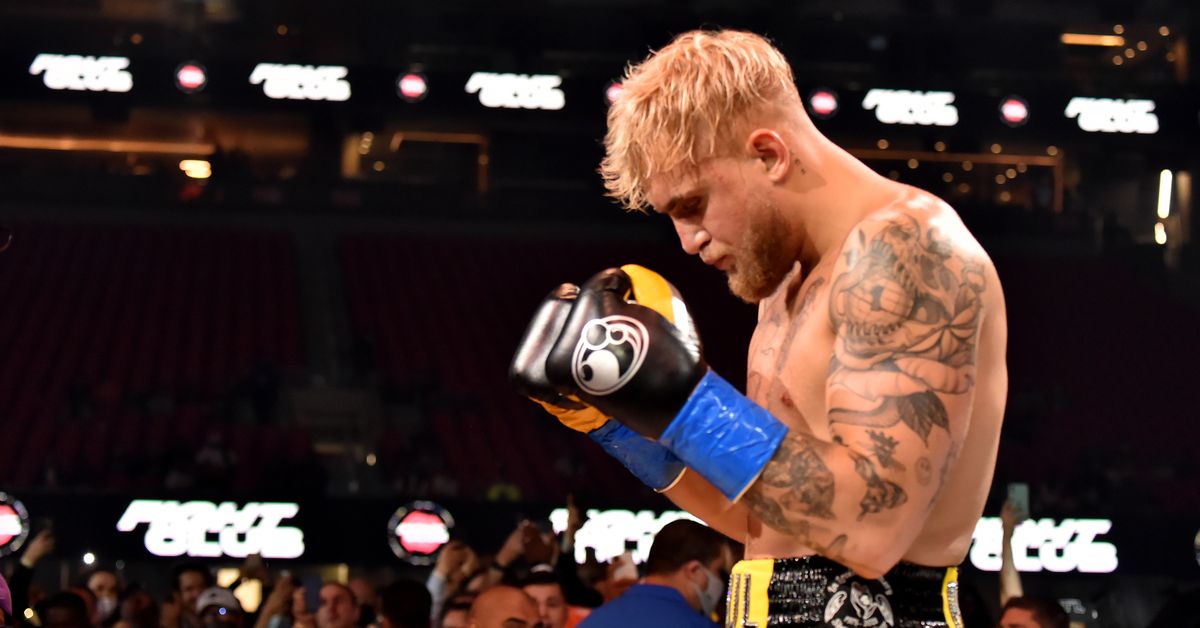 Boxing is known as the theater of the unexpected, yes, but I didn’t see this one coming.

ESPN is reporting that Jake Paul is now set to sign a deal with Showtime, the premium cable platform which had been regarded as something of an old guard stalwart. It’s a rather surprising move away from younger, hipper upstart Triller Fight Club. Paul headlined the second Triller boxing card on April 17, going knife through butter on Ben Askren.

Triller boxing boss Ryan Kavanaugh told Bad Left Hook that Triller talked to 24-year-old Jake about options, but the fighter’s ask has risen to the point where it didn’t make financial sense for the newbie org.

“Jake’s team said they got offered $10 million with upside,” Kavanaugh told BLH. “And so we said, ‘We don’t want to hold you back, we wish you good luck.’”

Kavanaugh didn’t seem close to crushed at the word Jake will be plying his trade elsewhere, and he’s not shutting the door on Jake Paul returning on a Triller event down the line. But, he made clear, he’d want a stiffer test than an Askren for Jake’s next assignment, and he didn’t seem too confident that the dilettante pugilist will be open to taking on harder opposition.

“We tried to look at what makes financial sense,” Kavanaugh said. “I just don’t know how anybody can make money at the level he’s asking for.”

How to fit Jake into the mix wasn’t easily answerable for Kavanaugh. Jake apparently didn’t get enthused when it was floated that he could support Oscar De La Hoya, who was hoping UFC legend Georges St-Pierre would be available as his opponent, which Dana White nixed.

Kavanaugh knows that the April 17 gig was polarizing, and he’s inclined to lean harder into “normal” fight fare for the next production, with Teofimo Lopez headlining against George Kambosos Jr on June 19.

Kavanaugh is confident that some of the polarized people will decide to buy the Lopez PPV, and they will be satisfied with their decision, because the quality of the fighting will be solid.

On social media, there is speculation at what Showtime has in mind. Personally, I enjoyed Jake’s hat snatch on Floyd Mayweather at the presser to bang the drums for the June 6 Floyd Mayweather vs Logan Paul PPV. But cynics think it will be more WWE than anything else on June 6, that the whole exhibition will be story-boarded, while being sold as real-deal. Could we picture a play where Floyd takes out big bro, and little bro comes out to avenge the honor of the Paul family? That would make the Showtime Paul play more understandable, I guess.

Kavanaugh says the fights he’s putting on June 19 will pass the purity test for boxing fans, the people who aren’t so much looking for a variety show.

“In between the fights, there will be performances, not long ones, and they will be organically connected to the fights,” he said. “People won’t be waiting for the next fight to come on. We didn’t and don’t want to just do another ‘Jake event.’ We did that to show the young audience that boxing is cool.

“So for the next one, we will get plenty of those young people, and the purists. Many purists weren’t so happy with the Jake fight, and this event will make up for it. At the end of day, I’m happy for Jake, and this maybe also shows that Showtime is saying Triller isn’t crazy. We appreciate you saw what we saw, but, frankly, we don’t see what you see now, we don’t think the economics work.”

Reading in between the lines, it feels like maybe Jake was thinking that the last event succeeded because it was fueled by him, and Kavanaugh and company are of the mind that the show as a whole was and will be the draw moving forward. The Triller front man went on record after the Askren rubout and admitted he didn’t think Askren took the challenge seriously. Jake’s asking price shot up like he had knocked out prime Mike Tyson, not dad bod Ben.

Now, it’ll be up to Showtime, apparently, to incorporate Jake into their mix.

“I told Jake after the show, we had a great show, we made ‘The American Meme,’ but next we’re not doing that,” Kavanaugh said. “We’ve got the young kids, but we’ve got to keep the boxing purists or there’s the danger we fizzle out. And we ain’t going nowhere! I think we’ll set new records this year.”