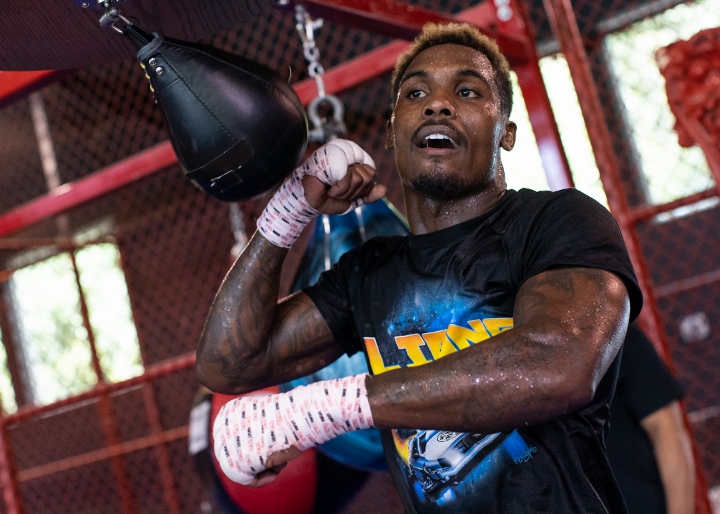 Jermall Charlo’s next fight in his hometown will be held in a bigger building than his previous appearance in Houston.

BoxingScene.com has confirmed that Charlo’s middleweight fight against Juan Macias Montiel on June 19 will headline a card at Toyota Center, the home arena of the NBA’s Houston Rockets. Charlo’s last fight in Houston, a 12-round, unanimous decision victory over Brandon Adams in June 2019, was the main event at the smaller NRG Arena, near NRG Stadium, the Houston Texans’ home stadium.

Charlo (31-0, 22 KOs) is heavily favored to beat Mexico’s Montiel (22-4-2, 22 KOs) in the main event of a “Showtime Championship Boxing” tripleheader. Montiel is the WBC’s fourth-ranked contender for Charlo’s championship.

The 30-year-old Charlo will make the fifth defense of his WBC 160-pound crown. The 27-year-old Montiel knocked out former contender James Kirkland (34-3, 30 KOs) in the first round of his last fight, which took place December 26 at Shrine Auditorium & Expo Hall in Los Angeles.

Texas has been a popular place for boxing during the COVID-19 pandemic because at least a limited number of fans have been able to attend cards in that state since October.

This will be the first significant boxing card in Houston, however, since the coronavirus crisis began in March 2020. All of the prominent boxing events in Texas have been held in Arlington, Fort Worth, Dallas or San Antonio during the pandemic.

UFC 262 will take place at Toyota Center on Saturday night as well.

Jermell Charlo, Jermall’s twin brother, has one of the biggest fights of his career scheduled for four weeks after Jermall’s bout with Montiel. That 154-pound title unification fight against Argentina’s Brian Castano on July 17 is likely to be held away from Houston, however.