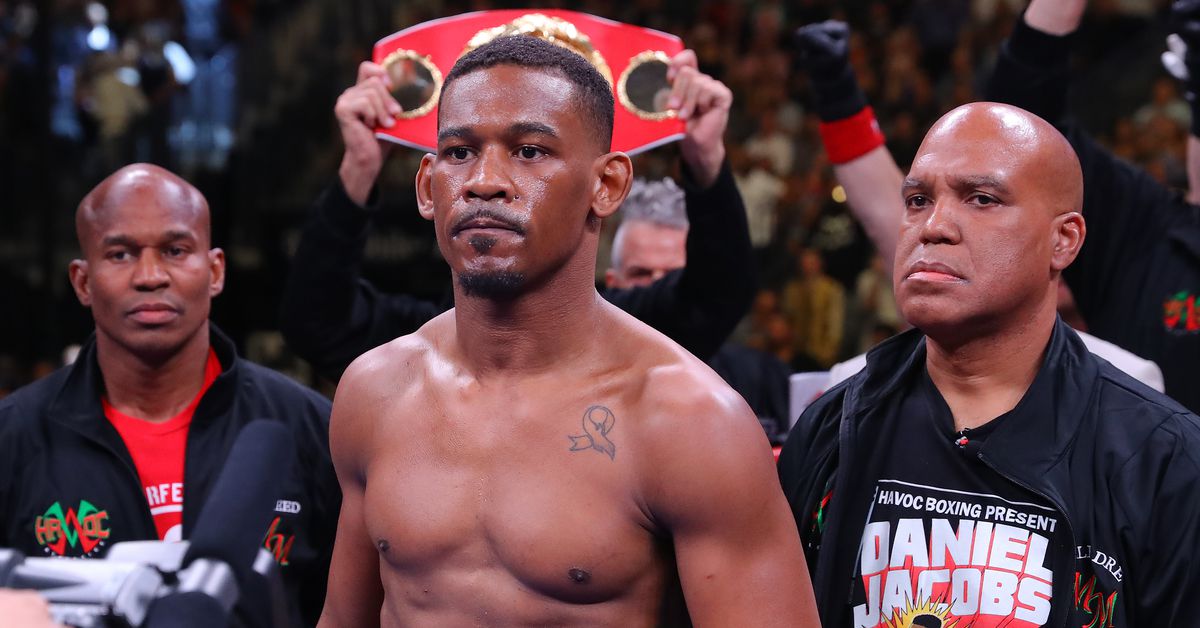 Former middleweight titleholder Daniel Jacobs is the latest fight to join Brian Custer’s Last Stand Podcast and during this installment Jacobs explains how he’s ready to get back in the ring, his training situation, and some issues in his personal life have affected him. Check out some excerpts below with the full video interview available above!

“Anything is possible, we’re just working on our relationship, we trained one time which is cool, just to be back in that good company I love it. That spark has been something I’ve been missing and I’m just looking forward to building on that.”

“Your personal life affects anything that you do from your work to your everyday life. Sometimes things don’t go to your liking, it’s life….Regardless of my personal life, I think the thrill for boxing was lost and I’ve finally gotten that thrill that I’ve been seeking and I’m looking forward to seeing what it looks like in the near future.”

“That’s one of the fights that I want as far as my legacy fights. I do see that as a big fight, and its been brewing for a long time so I don’t see why it can’t happen.”

“It would be solidified if I was to become a 2-division belt holder. I think it would also be solidified if I fight the key names (Charlo, GGG rematch) and look spectacular, or have an Arturo Gatti/Mikey Ward type fight. I’m down for all of that!”

Sebastian Fundora TKO’s Habib Ahmed in 2RDs | Fundora vs Ahmed
Fury on Joyce: “He wouldn’t land one punch on me in 12 rounds”
WBA Orders Golovkin To Face Lara
Mayweather reportedly will face Deji in Nov. 13 exhibition
Joe Joyce Confident His Pressure Would Get To Oleksandr Usyk