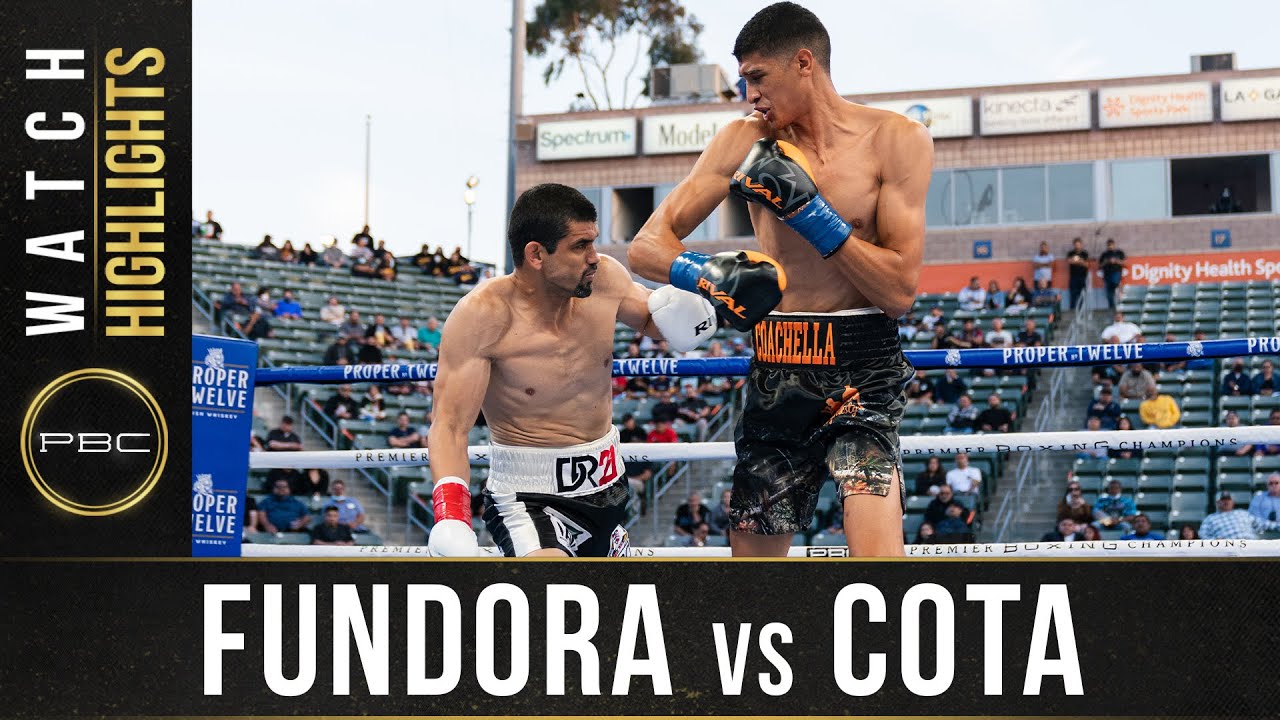 “I’m extremely grateful to fight in front of the fans tonight,” said Fundora. “It was fun to hear the cheers, the boos and everything. I’m honored to be in this position.”

Fundora and Cota stood toe-to-toe from the opening bell, throwing big punches and marking up each other early. Fundora landed 29 and 28 power punches in the first two rounds, with Cota connecting on 15 and 17.

“It was a good trading fight,” said Fundora. “We were hitting each other, but my punches were doing more damage and that’s why the referee eventually stepped in. I think he could have been stopped earlier in the round. I just kept fighting until the end.”

The fight was fought at close range for 90% of the action, with each fighter showing off impressive in-fighting skills. Fundora was able to up his work rate significantly in the third and fourth rounds, landing 42 punches in each, every single one a power shot.

The fourth round saw Fundora break through with a big shot that appeared to finally daze Cota. Fundora pushed forward aggressively to look to send Cota down, while Cota was still able to wing his own power shots despite his impaired state.

“I saw his leg wobble in the first round, but he took it and kept coming,” said Fundora. “The second time I saw it, I knew I had to go for the kill.”

A final powerful left hook that Fundora landed finally prompted referee Ray Corona to stop the bout at 2:35 of the fourth round. Cota disagreed with the stoppage, while Fundora set his sights on future big fights in the 154-pound division.

“It was a bad stoppage,” said Cota. “I felt like they stopped the fight early considering I had just landed a big punch. Too fast, too soon. The fans expressed their feelings. They were clearly upset by how the fight ended. That’s why I raised my hands. There is plenty more of Cota to come in the future.”

“My message to the rest of the division is that we’re here,” said Fundora. “If you’re ready for war, we’re ready to take it. Bring it on.”

BEHIND THE SCENES: The immediate in Ring aftermath of Joe Joyce v Joseph Parker | BT Sport Boxing
Richardson Hitchins Inks Promotional Pact With Eddie Hearn
Joe McGrail, Steven Cairns Set To Return on Probellum Card in Liverpool
Frank Warren: Joe Joyce Propelled Himself Into The Elite at Heavyweight
Tyson Fury Insists He Has Moved On From Joshua Fight, Will Face Charr Next